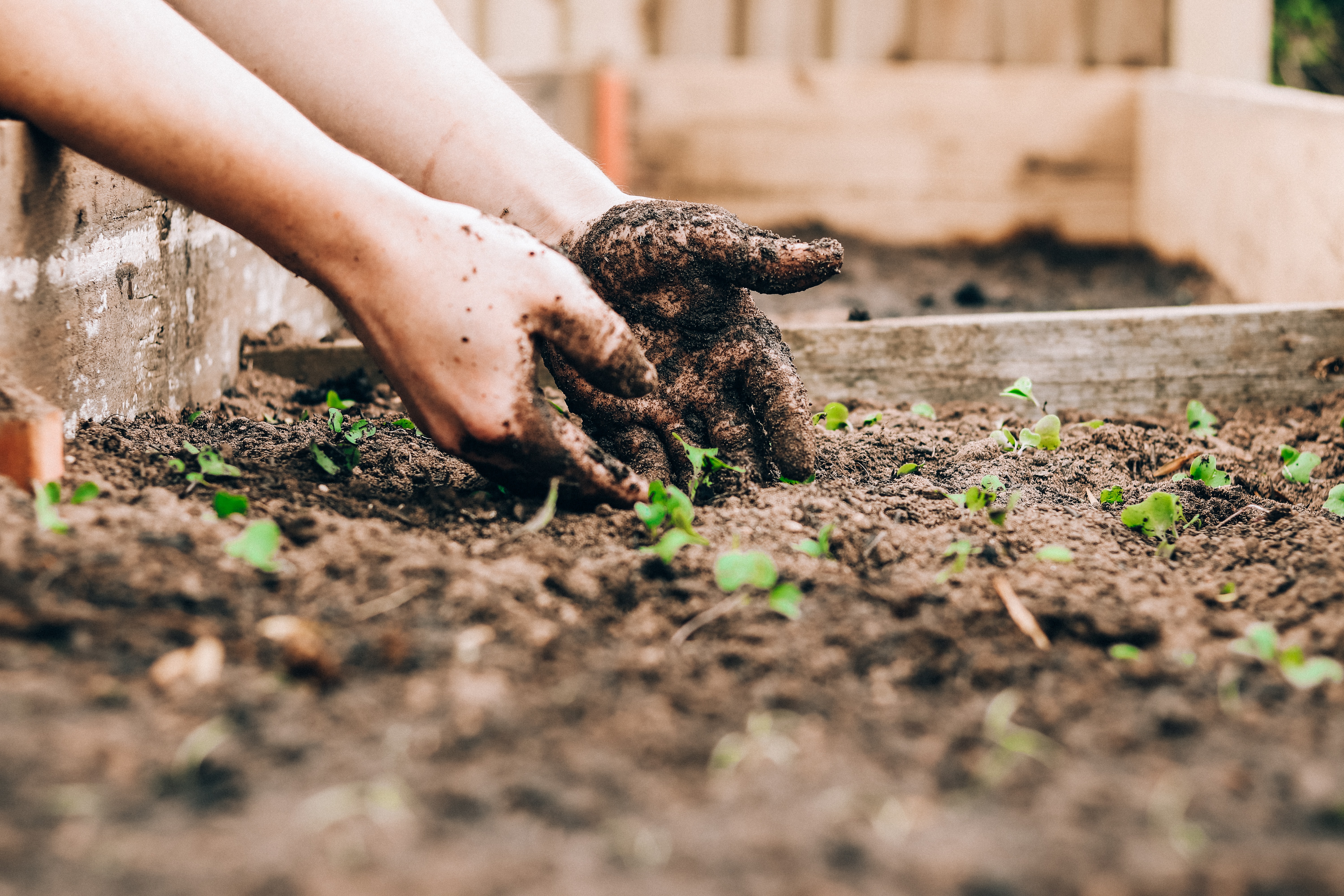 According to a recent study, nearly half of First Nations households in Canada are having difficulty putting food on the table. A Band Elected Councillor and Chang School student is helping to change that by giving her community and others the tools they need to feed their families now and for future generations.

After enrolling in the Food Security Concepts and Principles course, Beverly Deleary started having conversations with the rest of leadership and the Council Secretary about possible projects that would help address the food insecurity in the community during the Covid-19 pandemic. Beverly, a Public Administration and Governance student, has been a Band Elected Councillor for the Chippewas of the Thames First Nation (Deshkan Ziibiing) community for a total of over 20 years.

The Council Secretary was a member of the Community Control Group (CCG) a group of officials who are responsible for coordinating the provision of the essential services necessary to minimize the effects of an emergency on the community. This group was formed as a result of the COVID 19 global pandemic grassroots projects in her First Nations community to address food insecurity.

Beverly took her learnings from the food security course and applied them to meet the needs of her community. The CCG had surveyed households in her community to assess their level of food insecurity. “We wouldn’t have been able to have these discussions if it weren’t for this assignment.” says Beverly, referring to the Cornell/Radimer Survey Instrument, which is a tool that is recognized worldwide to establish household food insecurity. She used it to form the basis of the questionnaire for her class assignment. “Through these discussions, we were able to get things going and start making transformative changes.” she says.

Based on the survey’s findings, along with the input from members of the CCG, the community expanded their garden to incorporate many of the traditional foods and medicines they needed. Since the community doesn’t have a grocery store, they relied on bringing in a food distributor to get produce during the early stages of the pandemic. Beverly was able to pass on the knowledge that she learned during her course to members of the CCG on what plants they should plant and incorporate essential ceremonies during the planting stage that pays respect to the plants and the land.

Another project that Beverly had discussions with leadership and the members of the CCG  about was the development of gardens, and the concept of the garden boxes was created and was a huge success. The First Nation gave them the garden box, seeds, and compost to whatever household wanted to grow their garden. Families documented their gardens’ progress and the kids got excited to take photos of the fresh organic produce they had grown. They also took pictures of the salads and foods that they made with the plants that they grew themselves.

“These initiatives brought the community together – not only did we give them the tools they needed to feed their own family – but the knowledge and inspiration for generations to come. They also used the tools to help their neighbors,” says Beverly.

“Families that grew more than they needed shared with other households who had greater need, especially with the elders, those with disabilities and low income family households within the community. Things are being worked on to help families overcome food insecurity and ensure that food security allows its citizens to benefit so that no child ever has to go to bed hungry again.

Beverly wanted to make sure everyone, beyond the Chippewas of the Thames First Nation, had the opportunity to benefit from the class teachings and her community initiatives. She belonged to a national organization that connected First Nations communities and she shared her approach with them, inspiring similar initiatives in those communities.

Beverly will continue to share her knowledge about addressing food insecurity with others in different communities and at a national organization known as the Nimkee NupiGawagan Healing Centre, where she had been the President. The Board of Directors of the treatment centre comprises representatives from each of the local First Nations communities and they are also looking at ways to address ongoing food insecurity in their communities.

When Beverly first started taking the course, she could not have imagined its impact on her community and the ripple effect in sharing the knowledge that she learned in her course with other First Nations communities across Canada.

Learn more about our Certificate in Food Security

Beverly Deleary has been a Band Elected Councillor for the Chippewas of the Thames First Nation (Deshkan Ziibiing) community for a total of over 20 years. She is also a student in the Certificate of Public Administration and Governance at The Chang School.

A very special and heartfelt G’chi miigwech (Ojibway word meaning with great appreciation) to Professor Reg Noble in offering and sharing his knowledge in this extremely vital course that speaks to food insecurity and food security.

The course explores how other Indigenous groups across the world are addressing these matters and, most importantly, planting the seeds that will grow and flourish in those First Nations communities battling the ongoing challenges relating to food insecurity in their communities.

Professor Noble needs to be commended for all his hard work and dedication in sharing his gift of knowledge about food insecurity. This includes putting the spotlight on this growing issue and offering ways of improving the livelihood of humanity, especially during these uncertain times that we are all experiencing.